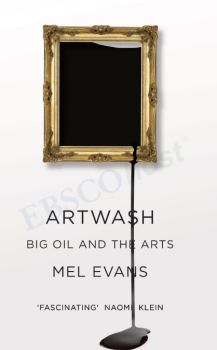 Artwash: Big Oil and the Arts

Published on the fifth anniversary of the BP Deepwater Horizon disaster, Artwash is an intervention into the unsavoury role of the Big Oil company’s sponsorship of the arts in Britain. Based on a high profile campaign, Mel Evans targets Chevron, ExxonMobil, BP and Shell’s collaboration with institutions such as the Tate in an attempt to end the poisonous relationship forever. Based on years of undercover research, grassroots investigation and activism as well as performance and cultural interventions, Mel Evans draws together the story of the campaign and its journey which has gone from strength to strength.