Hagia Sophia in Context : An Archaeological Re-examination of the Cathedral of Byzantine Constantinople

The Byzantine cathedral of Hagia Sophia has been a source of wonder and fascination since its sixth-century construction. It was the premier monument of the Byzantine capital, Constantinople, and remains one of the most recognisable symbols of modern Istanbul. Often seen as encapsulating Byzantine history and culture, the building has been the subject of much scholarly interest since the Renaissance. However, while almost all previous archaeological work has focussed on the church itself, the surrounding complex of ecclesiastical buildings has been largely neglected. The research project presented here (co-directed by the authors) is the first to focus on the archaeology of the immediate environs of the church in order to understand the complex as a whole.

The Curse of the Pharaohs’ Tombs: Tales of the Unexpected Since the Days of Tutankhamun

The Curse of the Pharaoh’s Tombs is the definitive book on Ancient Egyptian tomb curses, providing new information and data never before published whilst exploring the many incidents and deaths associated with tomb curses. The book puts the record straight on matters which have been wrongly recorded by others, such as the legend of Tutankhamun, as well as presenting new data never before published associated with matters such as the torment Howard Carter suffered before his death. It also contains exclusive information and interviews with the family members and archaeologists associated with the curses, including experts at the British Museum and Cairo Museum. 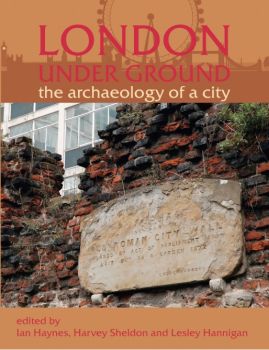 London Under Ground: The Archaeology of a City

London’s archaeology is as complex and varied as the city is today. These seventeen papers survey twenty-five years of London archaeology in the city and its environs from prehistory to 1800.