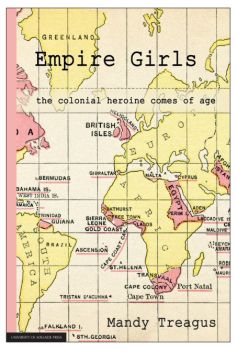 Empire Girls: the colonial heroine comes of age is a critical examination of three novels by writers from different regions of the British Empire: Olive Schreiner’s The Story of An African Farm (South Africa), Sara Jeannette Duncan’s A Daughter of Today (Canada) and Henry Handel Richardson’s The Getting of Wisdom (Australia). All three novels commence as conventional Bildungsromane, yet the plots of all diverge from the usual narrative structure, as a result of both their colonial origins and the clash between their aspirational heroines and the plots available to them. In an analysis including gender, empire, nation and race, Empire Girls provides new critical perspectives on the ways in which this dominant narrative form performs very differently when taken out of its metropolitan setting.