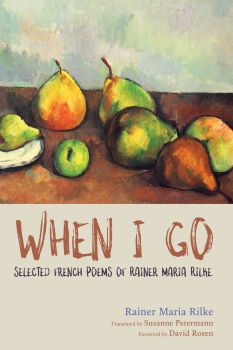 When I Go : Selected French Poems of Rainer Maria Rilke

Rilke’s French poetry appears here for the first time in readable, musical versions. Largely unknown and rarely collected, these poems were written during the euphoria Rilke felt after having completed his greatest German works, the Duino Elegies and the Sonnets to Orpheus. At the same time, Rilke was growing increasingly ill with a rare, undiagnosed form of leukemia. He died just four short years into the production of these poems, and death appears in them as a kindly, unfamiliar figure to be faced with courage and surrender. Five series of poems are featured: Roses, Windows, Affectionate Tribute to France, Valaisian Quatrains, and Orchards.

The Forbidden : Poems From Iran and Its Exiles

This moving anthology is a testament to both the centuries-old tradition of Persian poetry and the enduring will of the Iranian people to resist injustice. The poems selected for this collection represent the young, the old, and the ancient. They are written by poets who call or have called Iran home, many of whom have become part of a diverse and thriving diaspora.

The Night I Burned My Origami Skin

The poems comprised in this collection address issues related to loss, longing, desire, on the one hand, and social justice, inequality, and language, on the other hand. I have returned to poetry because I felt that only through this genre I may be able to transfer my latent feelings, push them outside of me. Writing poetry has made me reconnect with my own homo ludens, yet paradoxically I am now more fragmented and slippery than ever, a kaleidoscope ready to be deposited in my readers’hands. 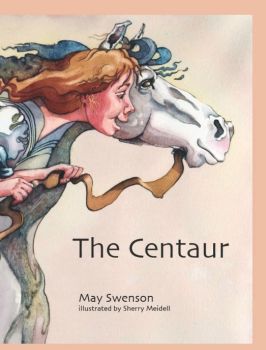 Can it be there was only one summer that I was ten? First published in 1956, May Swenson’s’The Centaur’remains one of her most popular and most anthologized poems. This is its first appearance as a picture book for children. In images bright and brisk and tangible, the poet re-creates the joy of riding a stick horse through a small-town summer. We find ourselves, with her, straddling “a long limber horse with… a few leaves for a tail,” and pounding through the lovely dust along the path by the old canal. As her shape shifts from child to horse and back, we know exactly what she feels. 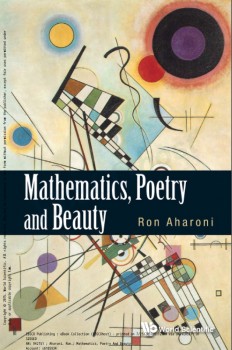 What does mathematics have to do with poetry? Seemingly, nothing. Mathematics deals with abstractions while poetry with emotions. And yet, the two share something essential: Beauty.