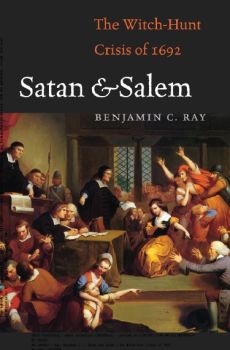 Satan and Salem : The Witch-Hunt Crisis of 1692

The result of a perfect storm of factors that culminated in a great moral catastrophe, the Salem witch trials of 1692 took a breathtaking toll on the young English colony of Massachusetts. Over 150 people were imprisoned, and nineteen men and women, including a minister, were executed by hanging. The colonial government, which was responsible for initiating the trials, eventually repudiated the entire affair as a great’delusion of the Devil.’In Satan and Salem, Benjamin Ray looks beyond single-factor interpretations to offer a far more nuanced view of why the Salem witch-hunt spiraled out of control. Rather than assigning blame to a single perpetrator, Ray assembles portraits of several major characters, each of whom had complex motives for accusing his or her neighbors.