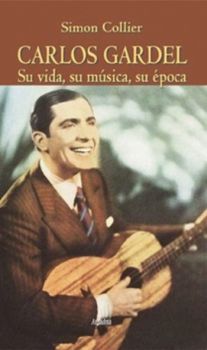 Biography of one of the leading figures of Argentine tango, Carlos Gardel.

Keys to Play: Music as a Ludic Medium from Apollo to Nintendo

How do keyboards make music playable? Drawing on theories of media, systems, and cultural techniques, Keys to Play spans Greek myth and contemporary Japanese digital games to chart a genealogy of musical play and its animation via improvisation, performance, and recreation. As a paradigmatic digital interface, the keyboard forms a field of play on which the book’s diverse objects of inquiry-from clavichords to PCs and eighteenth-century musical dice games to the latest rhythm-action titles-enter into analogical relations. Remapping the keyboard’s topography by way of Mozart and Super Mario, who head an expansive cast of historical and virtual actors, Keys to Play invites readers to unlock ludic dimensions of music that are at once old and new.

In Playful Identities, eighteen scholars examine the increasing role of digital media technologies in identity construction through play. Going beyond computer games, this interdisciplinary collection argues that present-day play and games are not only appropriate metaphors for capturing postmodern human identities, but are in fact the means by which people create their identity. From discussions of World of Warcraft and Foursquare to digital cartographies, the combined essays form a groundbreaking volume that features the most recent insights in play and game studies, media research, and identity studies.