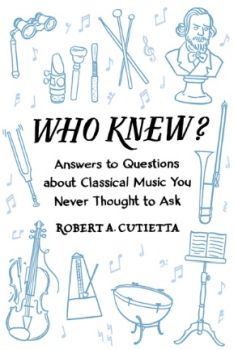 Who Knew? : Answers to Questions About Classical Music You Never Thought to Ask

Did you ever leave an opera performance wondering why the singers use so much vibrato? Or a symphony, wondering who decided where on stage the orchestra members should sit, or why they tune their instruments to an oboe rather than an electronic tuner? Why is Tchaikovsky’s 1812 Overture played on the 4th of July? And how does a composer choose what key to compose in? In Who Knew?: Answers to Questions about Classical Music You Never Thought to Ask, master music educator Robert A. Cutietta provides lucid answers to these and more than 140 other questions submitted by listeners to his popular weekly radio program. 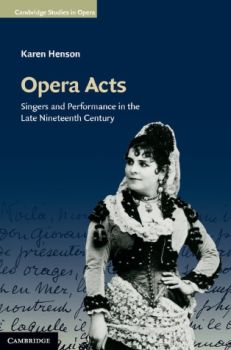 Opera Acts : Singers and Performance in the Late Nineteenth Century

Opera Acts explores a wealth of new historical material about singers in the late nineteenth century and challenges the idea that this was a period of decline for the opera singer. In detailed case studies of four figures – the late Verdi baritone Victor Maurel; Bizet’s first Carmen, Célestine Galli-Marié; Massenet’s muse of the 1880s and’90s, Sibyl Sanderson; and the early Wagner star Jean de Reszke. 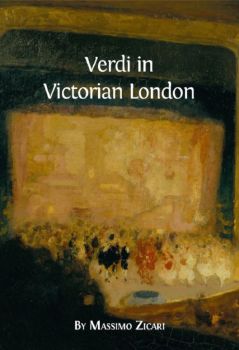 Now a byword for beauty, Verdi’s operas were far from universally acclaimed when they reached London in the second half of the nineteenth century. Why did some critics react so harshly? Who were they, and what biases and prejudices animated them? When did their antagonistic attitude change? And why did opera managers continue to produce Verdi’s works? Massimo Zicari’s Verdi in Victorian London reconstructs the reception of Verdi’s operas in London from 1844, when a first critical account was published in the pages of The Athenaeum, to 1901, when Verdi’s death received extensive tribute in The Musical Times.