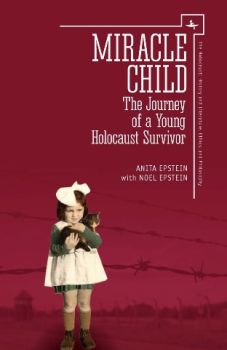 Miracle Child : The Journey of a Young Holocaust Survivor

This memoir is about a Jewish baby born in the Krakow ghetto in November 1942, three years after Hitler conquered Poland, and, remarkably, escaping death—one of a mere one half of one percent of Jewish children in Poland who survived during the Nazi era. Her life was saved because her parents hid her with a Catholic family. Just as remarkably, her mother, still alive after suffering terribly through four of Hitler’s camps, traveled for weeks back to Poland and found her again.