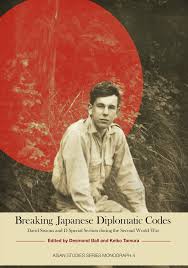 During the Second World War, Australia maintained a super-secret organisation, the Diplomatic (or `D’) Special Section, dedicated to breaking Japanese diplomatic codes. The Section has remained officially secret as successive Australian Governments have consistently refused to admit that Australia ever intercepted diplomatic communications, even in war-time. This book recounts the history of the Special Section and describes its code-breaking activities.