Where do asteroids come from and what are they made of? What clues do they hold about the evolution of the Solar System? Scientists have catalogued hundreds of thousands of asteroids, and many are thought to contain water and amino acids, the building blocks of life. Michael K. Shepard tells the fascinating story of their discovery, and what they can tell us about the history of our own planet. 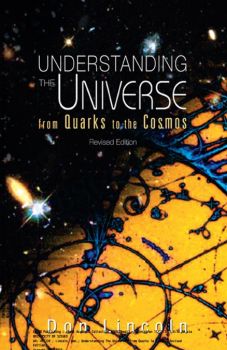 Understanding The Universe: From Quarks To Cosmos

The Big Bang, the birth of the universe, was a singular event. All of the matter of the universe was concentrated at a single point, with temperatures so high that even the familiar protons and neutrons of atoms did not yet exist, but rather were replaced by a swirling maelstrom of energy, matter and antimatter. Exotic quarks and leptons flickered briefly into existence, before merging back into the energy sea.This book explains the fascinating world of quarks and leptons and the forces that govern their behavior. Told from an experimental physicist’s perspective, it forgoes mathematical complexity, using instead particularly accessible figures and apt analogies. 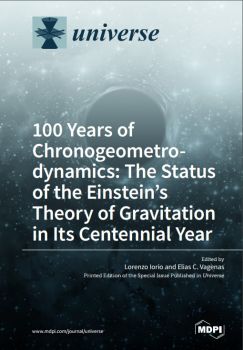 100 Years of Chronogeometrodynamics : the Status of the Einstein’s Theory of Gravitation in Its Centennial Year

The present Editorial introduces the Special Issue dedicated by the journal Universe to the General Theory of Relativity, the beautiful theory of gravitation of Einstein, a century after its birth. It reviews some of its key features in a historical perspective, and, in welcoming distinguished researchers from all over the world to contribute it, some of the main topics at the forefront of the current research are outlined.

Exploring The Invisible Universe: From Black Holes To Superstrings

‘Why’? Why is the world, the Universe the way it is? Is space infinitely large? How small is small? What happens when one continues to divide matter into ever smaller pieces? Indeed, what is matter? Is there anything else besides what can be seen? Pursuing the questions employing the leading notions of physics, one soon finds that the tangible and visible world dissolves — rather unexpectedly — into invisible things and domains that are beyond direct perception. A remarkable feature of our Universe is that most of its constituents turn out to be invisible, and this fact is brought out with great force by this book.

A Physicist’s View Of Matter And Mind

This is a highly interdisciplinary book straddling physics and complex systems such as living organisms. The presentation is from the perspective of physics, in a manner accessible to those interested in scientific knowledge integrated within its socio-cultural and philosophical backgrounds. Two key areas of human understanding, namely physics and conscious complex systems, are presented in simple language.