The Story of the Dinosaurs in 25 Discoveries : Amazing Fossils and the People Who Found Them

In The Story of the Dinosaurs in 25 Discoveries, Donald R. Prothero tells the fascinating stories behind the most important fossil finds and the intrepid researchers who unearthed them. In twenty-five vivid vignettes, he weaves together dramatic tales of dinosaur discoveries with what modern science now knows about the species to which they belong. 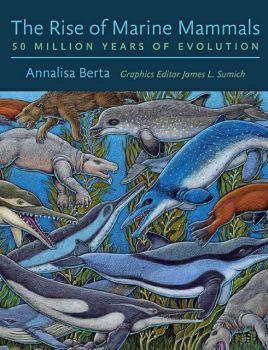 The Rise of Marine Mammals : 50 Million Years of Evolution

Marine mammals have long captured the attention of humans. Ancient peoples etched seals and dolphins on the walls of Paleolithic caves; today, engineers develop microprocessors to track these denizens of the deep. This groundbreaking book from highly respected marine mammal paleontologist Annalisa Berta delves into the story of the extraordinary adaptations that gave the world these amazing animals.