This volume presents a unique study of war songs created during and after World War II, known in Russia as the “Great Patriotic War”. The most popular war songs, such as “Katyusha”, “The Sacred War”, “Dark Night”, “My Moscow”, “In the Dugout”, “Victory Day”, provide illuminating insights into the musical culture of the former Soviet Union and modern Russia. In the year of the 70th anniversary of victory in the war, the book studies the cultural heritage of famous war songs from a new perspective, exploring the historical background of their creation and analysing their lyrics as part of Russian cultural heritage. 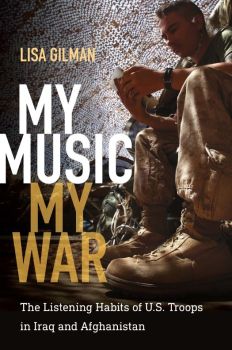 My Music, My War : The Listening Habits of U.S. Troops in Iraq and Afghanistan

In the wars in Afghanistan and Iraq, recent technological developments in music listening enabled troops to carry with them vast amounts of music and easily acquire new music, for themselves and to share with their fellow troops as well as friends and loved ones far away. This ethnographic study examines U.S. troops’musical-listening habits during and after war, and the accompanying fear, domination, violence, isolation, pain, and loss that troops experienced.