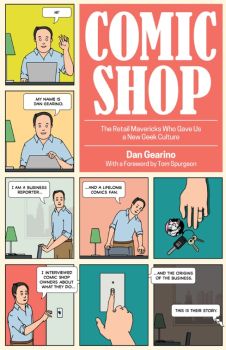 Comic Shop : The Retail Mavericks Who Gave Us a New Geek Culture

The modern comic book shop was born in the early 1970s. Its rise was due in large part to Phil Seuling, the entrepreneur whose direct market model allowed shops to get comics straight from the publishers. Stores could then better customize their offerings and independent publishers could access national distribution. Shops opened up a space for quirky ideas to gain an audience and helped transform small-press series, from Teenage Mutant Ninja Turtles to Bone, into media giants.Comic Shop is the first book to trace the history of these cultural icons.