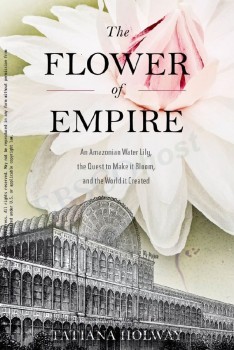 The Flower of Empire : An Amazonian Water Lily, The Quest to Make It Bloom, and the World It Created

In 1837, while charting the Amazonian country of Guiana for Great Britain, German naturalist Robert Schomburgk discovered an astounding’vegetable wonder’–a huge water lily whose leaves were five or six feet across and whose flowers were dazzlingly white. In The Flower of Empire, Tatiana Holway tells the story of this magnificent lily, revealing how it touched nearly every aspect of Victorian life, art, and culture. Holway’s colorful narrative captures the sensation stirred by Victoria regia in England, particularly the intense race among prominent Britons to be the first to coax the flower to bloom.