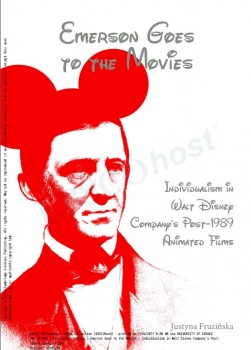 Disney films are heavy with ideology and American national myths, and, because of their educational role, it seems relevant to acknowledge this dimension and discuss the sources of the Disney worldview. This book, instead of focusing on Disney’s influence upon its audience, concerns rather what influences Disney, how Disney reflects the American mentality, and how the idea of individualism is depicted in the Company’s particular films. The principal way of reading particular Disney films is the Cultural Studies approach. Thus, the book presents Romantic individualism with reference to such categories as race, gender, class, and imperialism.