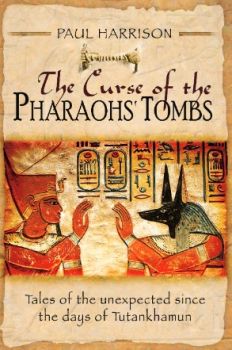 The Curse of the Pharaohs’ Tombs: Tales of the Unexpected Since the Days of Tutankhamun

The Curse of the Pharaoh’s Tombs is the definitive book on Ancient Egyptian tomb curses, providing new information and data never before published whilst exploring the many incidents and deaths associated with tomb curses. The book puts the record straight on matters which have been wrongly recorded by others, such as the legend of Tutankhamun, as well as presenting new data never before published associated with matters such as the torment Howard Carter suffered before his death. It also contains exclusive information and interviews with the family members and archaeologists associated with the curses, including experts at the British Museum and Cairo Museum.