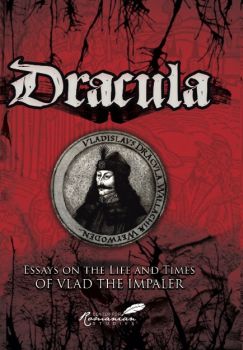 Dracula : Essays on the Life and Times of Vlad the Impaler

This book includes a wide range of studies on the life and times of Vlad III Dracula by leading historians and scholars from around the world. It presents a diversity of viewpoints, allowing the reader to understand the different historical perspectives with which Vlad is viewed in modern historiography. It also includes a wealth of supplementary materials, essential for anyone interested in learning about the life of Vlad the Impaler: translations of important documents concerning his reign; a genealogy of the family of Vlad the Impaler, translations from Turkish and Byzantine chronicles referring to the controversial Wallachian prince; a chronology, and an extensive bibliography of works on the life and times of Vlad the Impaler.

Royal Love Stories : The Tales Behind the Real-Life Romances of Europe’s Kings & Queens

Historically, many royal marriages have represented the unions of dynasties, with true engagements of the heart notable for their rarity. Yet royal couples could fall in love, and this book is full of surprises, from the undying love that the last Tsar of Russia, Nicholas II, felt for his Tsarina, to the unlikely love that flourished between Louis XVI and Marie Antoinette. Amongst them, too, are less happy loves of Crown Prince Rudolph for his 17-year-old lover, Countess Mary Vetsera, or, in the 1940s, of the Prince of Sweden, refused consent to marry the girl he loved she only became his princess over 30 years later.