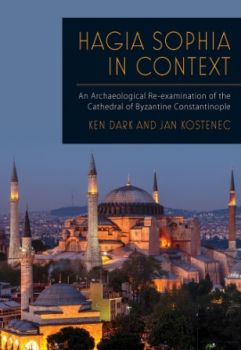 Hagia Sophia in Context : An Archaeological Re-examination of the Cathedral of Byzantine Constantinople

The Byzantine cathedral of Hagia Sophia has been a source of wonder and fascination since its sixth-century construction. It was the premier monument of the Byzantine capital, Constantinople, and remains one of the most recognisable symbols of modern Istanbul. Often seen as encapsulating Byzantine history and culture, the building has been the subject of much scholarly interest since the Renaissance. However, while almost all previous archaeological work has focussed on the church itself, the surrounding complex of ecclesiastical buildings has been largely neglected. The research project presented here (co-directed by the authors) is the first to focus on the archaeology of the immediate environs of the church in order to understand the complex as a whole.