Italy’s Eighteenth Century : Gender and Culture in the Age of the Grand Tour 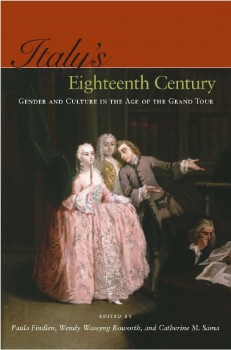 In the age of the Grand Tour, foreigners flocked to Italy to gawk at its ruins and paintings, enjoy its salons and cafés, attend the opera, and revel in their own discovery of its past. But they also marveled at the people they saw, both male and female. In an era in which castrati were’rock stars,’men served women as cicisbei, and dandified Englishmen became macaroni, Italy was perceived to be a place where men became women. The great publicity surrounding female poets, journalists, artists, anatomists, and scientists, and the visible roles for such women in salons, academies, and universities in many Italian cities also made visitors wonder whether women had become men. Such images, of course, were stereotypes, but they were nonetheless grounded in a reality that was unique to the Italian peninsula. This volume illuminates the social and cultural landscape of eighteenth-century Italy by exploring how questions of gender in music, art, literature, science, and medicine shaped perceptions of Italy in the age of the Grand Tour.